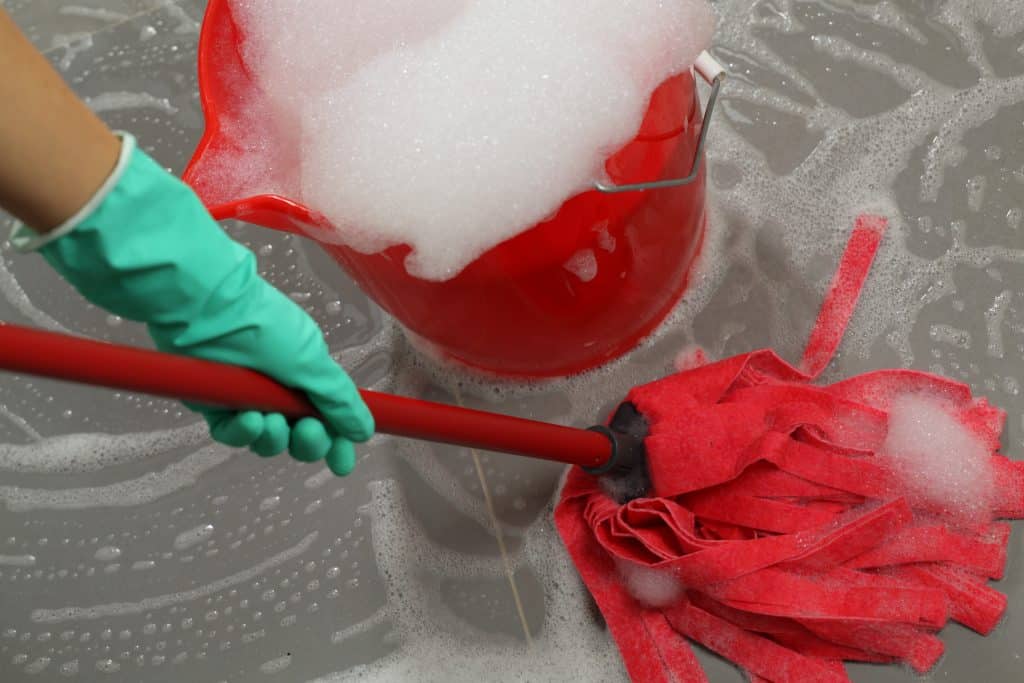 From cosmetics to groceries, many people trust Target for their shopping needs. And, like any retailer or commercial business, Target is responsible for the well-being of both shopping customers and employees. Even the smallest oversight can lead to a debilitating injury or expensive lawsuit, as such was the case with Melissa Horton. On March 10, Horton was awarded $2.1 million in damages for tearing her hamstring after slipping on a wet floor at a Target store in Pennsylvania.

According to the lawsuit, Horton suffered the slip and fall accident after stepping on a recently mopped floor on December 14, 2013. The floor had been mopped due to a soda bottle spill across a main walkway. The employee in charge of clean-up used a “wet soapy substance” and placed warning cones near the hazardous area. Horton claimed the mopping was “careless” and much of the residual moisture fell outside the signed zone.

Previously, Target said that Horton did not heed the warnings that were posted. But, Horton claims she carefully walked around the signage and fell on a spot that wasn’t clearly marked as wet.

“Despite Target’s ample warning and guarding of the spill the plaintiff walked into the area and slipped,” Target’s papers said. “Therefore, the cause of this accident was plaintiff’s own negligence to not paying attention to where she was walking immediately adjacent to the spill area.”

Horton tore her hamstring from her hip socket when she landed in the splits position, court papers show. She underwent repair surgery and had to live in a body brace to keep her right leg stable for a period of time.

Horton’s attorney, Brendan Lupetin of Meyers Evans Lupetin & Unatin, emailed the following statement to the Legal Intelligencer after the verdict:

“Target tried to say the incident was Melissa’s fault,” he said. “Obviously, the jury saw otherwise and was disappointed that Target had not accepted responsibility for what happened.”

“The jury also clearly came to understand the extent of harm that Melissa had sustained,” Lupetin continued. “This verdict was a just one and I am so relieved that the jury wrote a proper ending to this otherwise unfortunate story.”

Let this slip and fall accident case be a learning lesson for both large corporations and small business alike. In the case of a spill at your retail space or office, adhere to the following protocol:

-Clean up spills promptly and properly.

-Zone off the entire area with caution signs – even while gathering cleaning materials.

-If the spill is large enough, block walkways entirely to protect customers from missed spots.

-Ensure employees responsible for cleaning are wearing proper footwear around the site.

-Train new employees on proper floor safety protocol, including how to mop and dry floors well.

Unfortunately, slip and fall incidents can happen quickly – sometimes occurring in the few minutes it takes for your employees to address the issue. And, cleaning mistakes are preventable but not entirely avoidable, especially when training new workers or while understaffed around the holidays. For aisles where spills are common, consider placing commercial carpet runners that absorb messes quickly and restrict slipping hazards on hardwood, vinyl and tile floors.

Target is large enough that a $2.1 million lawsuit won’t shut them down, but most businesses would be in serious financial trouble if a similar situation were to occur. Plus, keeping customers safe and sound should be your primary goal as a business owner or facility manager. For more information on Eagle Mat and Floor products to prevent slip and fall accidents, contact our friendly customer service representatives at 877-333-1018.

For more information on Eagle Mat and Floor products to prevent slip and fall accidents, contact our friendly customer service representatives at 877-333-1018.